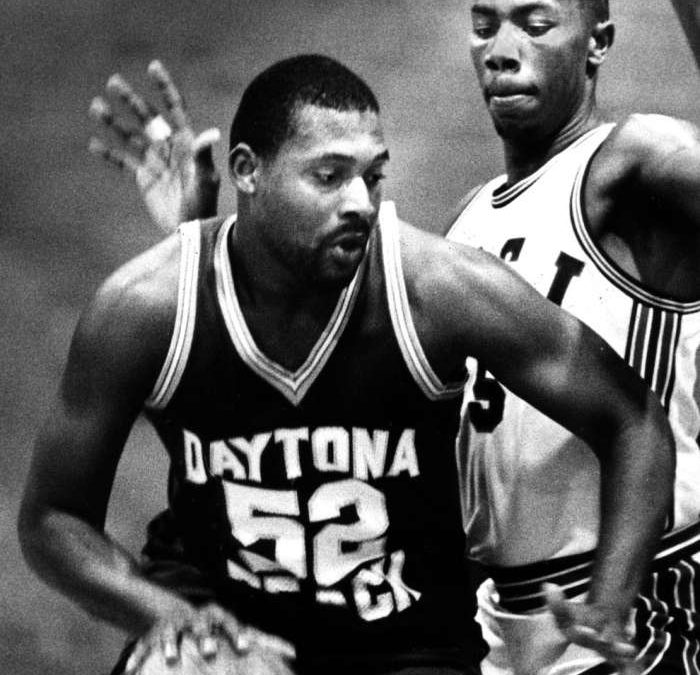 Networking and building professional relationships, while in the game, isn’t always easy for the athlete. However, doing so especially while an athlete is “publicly relevant”, will make each transition, whether it be from student to employee or pro or pro to retiree, so much smoother. Networking and building those relationships can lead to jobs, new business, valuable mentors, client prospects, donors for a charitable foundation and other wonderful opportunities.

Former Houston Rockets’ Al Heggs has told us of an alum who introduced him to selling cars, how he sold cars off season and the experience he gained which led Al to be one of the most successful Chrysler dealership owners in the country, after he retired from the basketball. Al’s stories will captivate our audiences, without a doubt.
Former New York Knicks’ Mike Glenn, in his on-camera interview, talked about calling up CEO’s connected with Wall Street and inviting them to lunch while he was playing for that city and his name and team association opened doors.

Former NBA player, Matt Fish and former WNBA player, Chastity Melvin, discussed their internships with the NBRPA (National Basketball Retired Players Association), as a way to add to their professional business experience and contacts. You’ll find both of these former players truly gifted as both now assist other players in the art of networking.

Former NFL player, Ken Hamlin, confessed that his former “M.O.” was to sleep on a plane and avoid discussions with fellow passengers while now he anxiously looks forward to the contacts he makes each time. He’s passionate about networking and through personal development as a brand partner with Nerium, shares these lessons daily with others.

Numerous student athletes at universities, filmed for “Beyond the Game”, have also revealed stories of success in finding employment after graduation based on the alum dinners they attended, the summer jobs they pursued, the business cards they collected and the personal connections they made with former student athletes from their schools.

Employers, nonprofit organizations and institutions want athletes on their “teams”. They recognize the highly desirable skill sets athletes bring. You will hear many stories of success in “Beyond the Game” but all have a common thread-No one does it alone. Reach out while still playing, whether student or pro athlete. Challenge yourself to go out and make a connection today…even just one.