NHL/Olympic player scores a goal for us after we are fogged out! 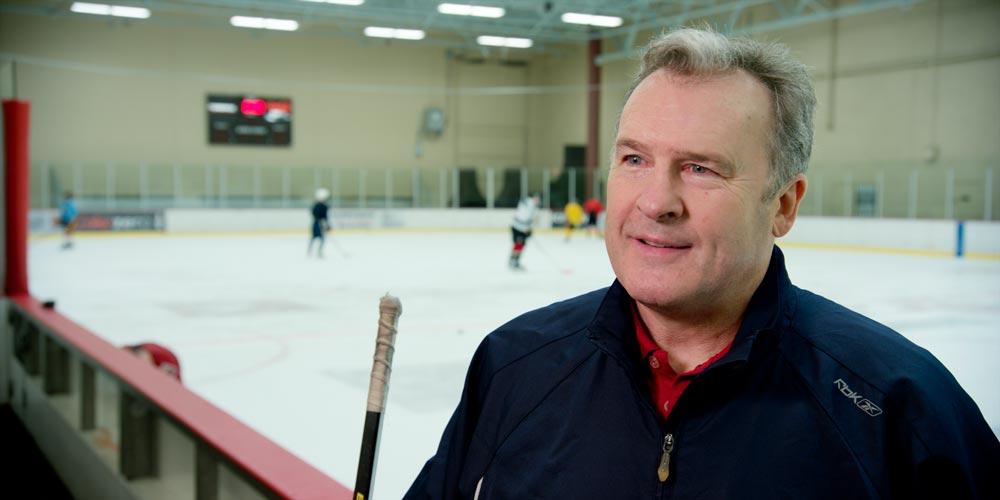 So who would have ever thought we’d be “fogged out” when we were going to interview former NHL players? The arena had zero visibility and the shoot was rescheduled as a result. But it led us to a new date and a fabulous interview with Tim Watters, of NHL and Olympics fame, and several student athletes got some mighty coaching from him at the same time. Dramatic and early intervention is required to avoid the downsides of transitioning from professional sports to life thereafter. Planning and networking best happen long before retirement while professional athletes are still in the game…and even before as rookies and students. Success stories are plentiful. Not all professional athletes go “broke”. Filming continues on “Beyond the Game”.