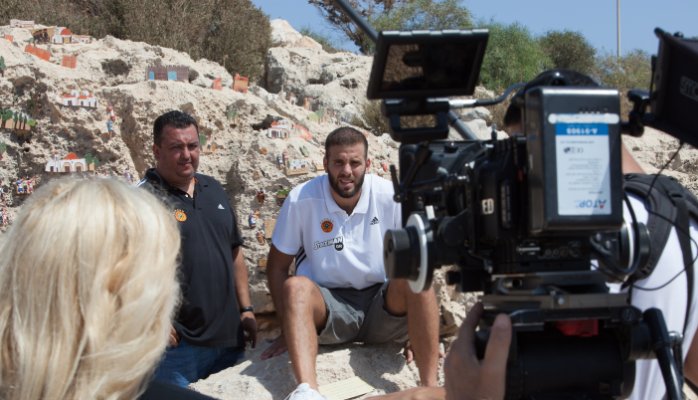 Panagiotis Triantopoulos, CEO for Panathinaikos B.C., truly captured the attention of our “Beyond the Game” film crew during his on camera interview. A passionate steward of the club’s phenomenal legacy, Mr. Triantopoulos showed us that this is a team that genuinely cares about the after- the-game chapter of its young stars. Guiding them in a positive way, he and other management spark discussions as to what the players’ post game career options may be and encourage them to prepare for the ultimate transition of retirement while in the game. As we’ve traveled around the globe on this production, I’ve seen firsthand that financial literacy in sports is an international concern. There’s been much publicity about U.S. pro athletes that have filed for bankruptcy or been faced with financial disasters. However, according to many, the challenges are greater in Europe. As an example, many Euro league basketball players are recruited at 15 or 16 years age, without any college requirement, and then are expected to manage their careers and finances with little guidance or assistance. Niko Pappas, one of the most talented players with Panathinaikos B.C., gave a telling interview on the issues facing Europe’s young basketball stars. He credited his management with providing the necessary guidance to think about life after basketball but acknowledged that most young players rarely speculate about the future but intead live in the moment enjoying the game they love.