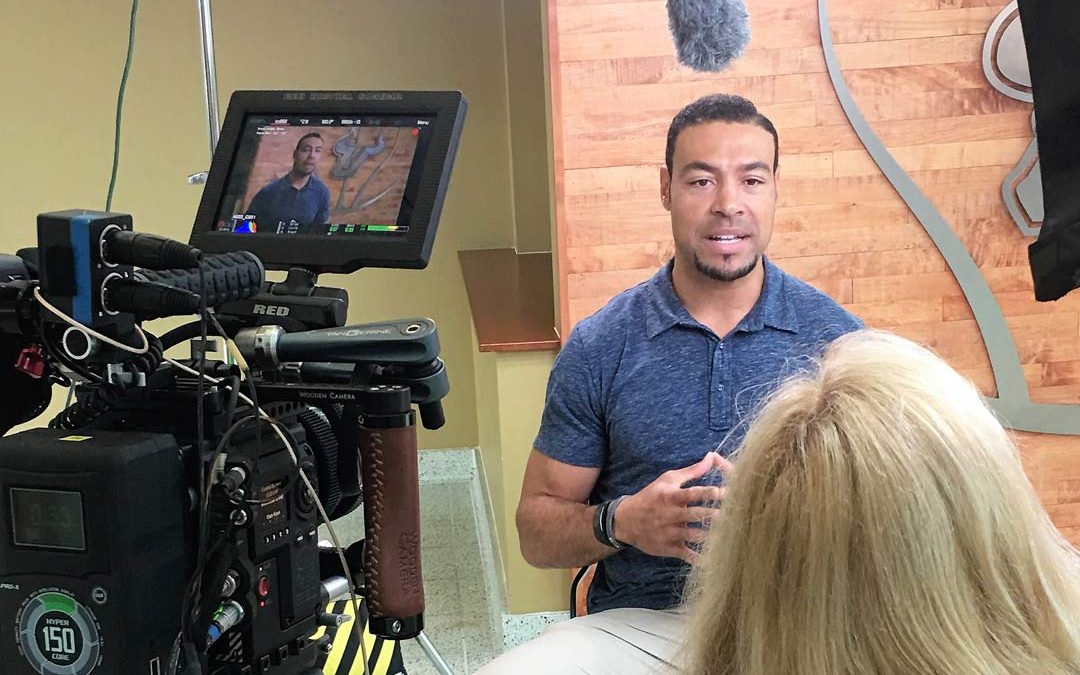 The film production on this project has been one of the most fascinating journeys I’ve experienced in my 18 years of filmmaking. The content rich stories of the pro athletes highlighting their transitions have provided a connection that I’ve not seen in any other documentary I’ve directed and produced. These athletes have openly downloaded their thoughts with unabashed honesty, raw emotion and incredible insight, all with the shared purpose of making a difference. They have given us an intimate look into who they really are-off the field and beyond their “persona” as athletes. Their stories go beyond the awards, the games won and what we know as fans and spectators. The numerous athletes interviewed in this film have come together, with us, to participate in “Beyond the Game” as a catalyst to expectantly engage the audiences to think, act and join in the movement to make sports better. Collectively and individually, they have altered the face of what we too often see in the sensational and negative aspects of sports in the media and show instead of the successful entrepreneurs, the passionate philanthropists, the time tested mentors and agents of change.
As an example of this is Vincent Jackson, former Tampa Bay Buccaneer, (seen in this photograph) who was a straight A student in college, finished his degree even after he signed with the NFL while playing, established several ongoing businesses and gives back, tirelessly, to military families through his foundation. Vincent is a role model and mentor in so many ways. He, like the others in the film, came forward with messages of hope and encouragement for his troubled “brothers” in the sport, provided sage advice for the student athlete population and debunked every unsavory stereotype about athletes which are given too much credence by the uninformed.
As a “footage intense and story rich” project, “Beyond the Game” will share a multitude of stories, in both the film and accompanying book, that I’m confident will touch the hearts and minds of audiences everywhere.
We can hardly wait to roll out our documentary. Join us, by providing your email address on our website for distribution news, the college tour schedule and red carpet premiere invitations.