For Athletes By Athletes:
Spotlight on Beyond the Game Team Member- Jarvis Johnson, Former NFL 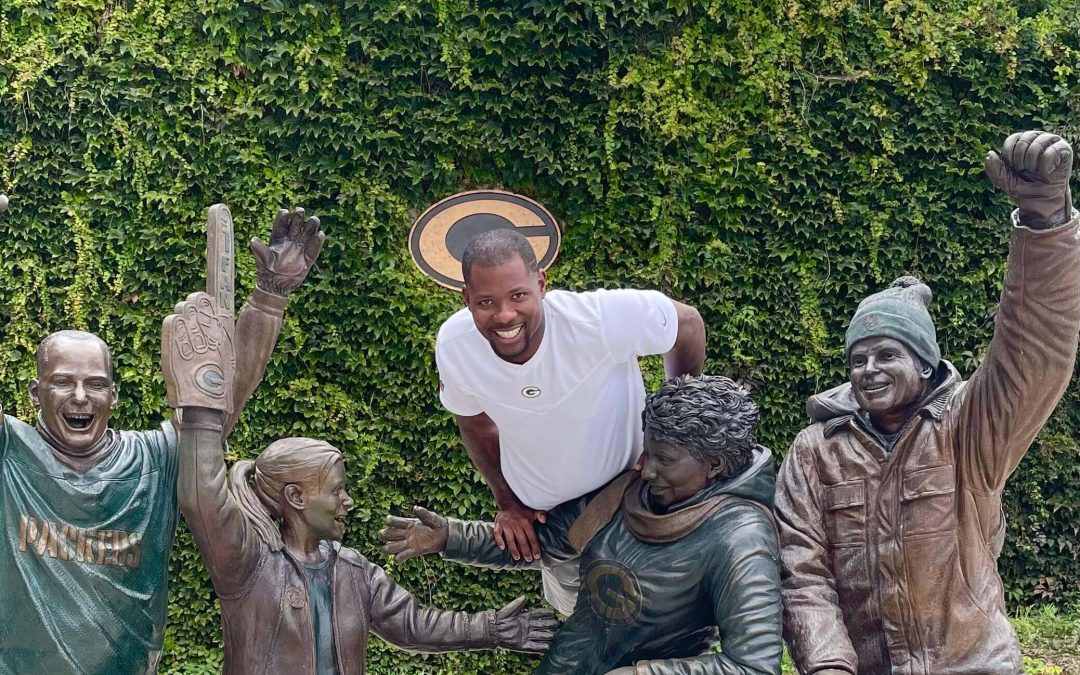 In the Beyond the Game project, I have had the pleasure of collaborating with many current and professional athletes. Matt Dodge, one of the former NFL players who has wholeheartedly embraced our mission, renamed this project, “For Athletes By Athletes”,when he saw the snowballing effect of athletes joining us every time we did a film shoot, presentation, virtual event, publication and athlete roundtable.

As a film director and producer, I act as the catalyst-the one who lights the match. However, it’s the stakeholders, the communities, and beneficiaries of the cause that pick up the torch and sustain the fire long after the film is released.

The athletes working on Beyond the Game have participated in several ways. Some are actually interested in the film, publishing, music and other content creation industries that I am involved in. They’re seeking internships and employment. Others value the educational, mentorship, peer to peer engagement and outreach aspects of Beyond the Game and wish to be involved supporting their fellow athletes. Others have entrepreneurial and creative ventures of their own and have asked for our assistance, expertise and trusted resources.

The range of participation by these current and former athletes include writing articles for our magazines, being a crew member on film shoots, reviewing footage with editors, crafting social media posts and email campaigns, acting as a panelist or speaker at events, authoring blogs, designing graphics, granting interviews to the media, interfacing with our student athlete events, on-camera features with our ON Demand and virtual events, moderating athlete roundtables, recording podcasts, leading athlete focus groups and so much more. Wherever and whenever I go, I am blessed to have a team of current and former athletes helping out on Beyond the Game. As I envisioned, this has become their project. They’re committed to changing the narrative and using their voices in support.

Several years ago, I met former NFL player, Jarvis Johnson. Jarvis, as a tireless and passionate Beyond the Game supporter, who also became my right-hand at various times. Jarvis, as a seasoned educator, coach and player development advocate, was a quick study.
Through my encounters with Javis, I found out significantly WHY athletes make great entrepreneurs, team mates in business, and are intuitively artists even if not trained to be one. With the toughness of a Miami football player and a DB for the Baltimore Ravens, Jarvis became, once started with Beyond the Game, unstoppable.

Jarvis not only began learning the film and publishing businesses with me but also became deeply entrenched in our player engagement, development, financial literacy programs, networking and placement programs. Jarvis, through his prior associations with the league, NFLPA, The Trust, various universities, school districts and other,assisted in the facilitation of beneficial relationships for Beyond the Game. He initiated and shepherd the groundwork for Beyond the Game’s official partnership with the National Football League Alumni Association (NFLA). Jarvis furthered acted as a field producer at Beyond the Game film shoots. With a desire to include athlete musicians in the film’s musical score, Jarvis also sought out talent and potential selections in the contemporary, rap, country and other genres to be considered for the soundtrack and events. Without hesitation but desiring some on-camera coaching from me, Jarvis played a role in two virtual events for our film audience and also, went on camera expertly interviewing a Houston Texan rookie.

Both passionate about the rookies in sports, as well as those who are cut from the rosters, in addition to student athletes going pro, Jarvis and I forged our contacts, resources and unending drive to offer player development programs to all. As co-producers, Jarvis and I have created unique presentations with athlete footage clips from Beyond the Game and value-driven content, specifically, for these audiences. With my film and sports/entertainment legal background and Jarvis’ business, fiance and education background, we are positioned to aid as many pros, rookies and students who need us…and now there’s an entire tribe of supporting athletes to assist, in addition.

Currently, Jarvis is working in Player Engagement for the NFL Green Bay Packers where his passion is further incorporated, as he also pursues his role with Beyond the Game and other entrepreneurial ventures.

Interested in our pro athlete/rookie/student athlete development programs and film screenings? Please reach out to hear from Jarvis or myself through this web site.