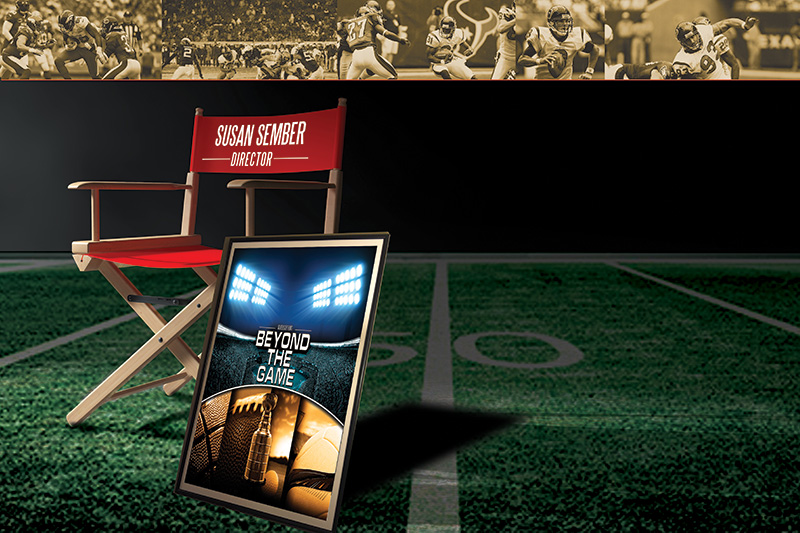 The leadership style at the head of any organization permeates the culture of his team, whether it be in sports, government, philanthropy or education. “Beyond the Game” delves into leadership, as one of its topics, and why athletes, as leaders, have such powerful platforms. Owners, general managers, coaches, athletic directors and university presidents also carry tremendous sociocultural influence. They are looked to for vision, guidance and direction not only from the inside with their teams but by the fans and supporting communities.

As I watched the Super Bowl in Miami, I reflected on the Kansas City Chiefs and San Francisco 49ers I had interviewed for “Beyond the Game.”  Great men, both on and off the field, on both teams. I have no doubt that audiences will enjoy and learn from these pro athletes  and fans of both teams will be equally as proud. However, seeing and hearing the interview of Clark Hunt, Co-Owner, Chairman and CEO of the Kansas City Chiefs & FC Dallas, in “Beyond the Game” will be one of the most memorable parts that viewers will experience in our film. Clark Hunt’s insights into the responsibilities of a leader of a sports team; the duty owed to a team’s current and former players; the continuing involvement of former players in the organization even after retirement on the field, the importance of investment in youth sports and academic development; and the impactful role of a sports organization in its community are only some few of the engaging topics covered. You’ll find his interview open, very informative, inspiring and thought provoking.

Clark Hunt’s father, Lamar Hunt, founded the American Football League, known as the American Football Conference (AFC) today. Lamar Hunt was also instrumental in the formation of Major League Soccer, the co-founder of the World Championship Tennis circuit, as well being known for the naming of the Super Bowl.  His legacy of a passion for sports definitely lives on in Clark Hunt. However, more apparent, is the same legacy of leadership, community and faith.

Clark Hunt demonstrated that same legacy in numerous and highly visual ways, along with the Kansas City Chief players mirroring those same traits, on Super Bowl Sunday. They highlighted for us that it’s more than sports. It’s life…and the Super Bowl gives us that global stage to remind us of core values that go far beyond a game.

I look forward to sharing Mr. Hunt’s interview with you in “Beyond the Game”. His overview of the NFL and the KC Chiefs, as well as Major League Soccer and FC Dallas, is historically significant and filled with uplifting mentorial stories.