From the Executive Producer/Film Director’s Chair 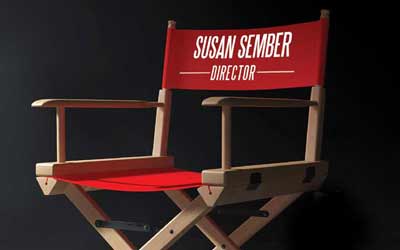 In production since the summer of 2015, Silverlight Films’ crews and I have captured intimate interviews with over 150 professional athletes in 80 locations around the world in producing the full length documentary, Beyond the Game. Athletes were interviewed from every sport ranging from the NBA, WNBA, NFL, NHL, MLB, MLS, the Olympics and a host of others. The players in the NBA and WNBA, current and former, as well as team owners, coaches, advisors, NBPA and NBA executive staff, even Euroleague basketball, play a major role in the film.

Additionally, we interviewed student athletes and educators looking at the earlier stages of the evolution of the world’s highest performing athletes.A cutting edge creative and technical team from around the globe has shot in a 4K-8K immersive and cinematically stunning format, edited for the giant screen, broadcast, Video on Demand (VOD) and other distribution sources. The ninety minute film is not only being distributed with these commercial sources internationally but will also be shown, in a sixty minute version on a college tour at over 60 schools. As part of our outreach, many of the film screenings on college and university campuses will be accompanied by current and former professional athletes as panelists, speakers and moderators of discussions and forums. Over 400 hours of footage not used in the primary documentary will also be repurposed for Peer to Peer programs for student athletes, current athletes and retired athletes transitioning and preparing for each stage. Also covered are the student athletes, who for the most part, are preparing for careers and a life outside of their sports as opposed to pro sports. The messages conveyed by those in the film, although affiliated with sports, are universal to all audiences with the athlete ambassadors leading the underlying movement for change.

Never-before-told stories, in their own words, and covering subjects most frequently ignored by popular media, these current and former athletes, share insights into their transitions. The film dispels myths, clarifies what the athletes really want you to hear, shares never-before-told stories, answers to questions rarely asked and heightens the awareness of the life of an athlete, during his or her sport and beyond.

We are now in preparation to release the film, with “sneak peaks” already occurring. I’m honored to share glimpses of what’s to come before the big reveal.

I encourage you to reach out, volunteer or apply for our posted outreach positions, sign up at our website, inquire about a showing the film to your student athletes, collaborate with us on peer to peer education, keep in touch, come to one of our red carpet premieres and join us. Together, let’s change the game for future generations of athletes.