Why Dick Vitale Is Our “Mr. March Madness” 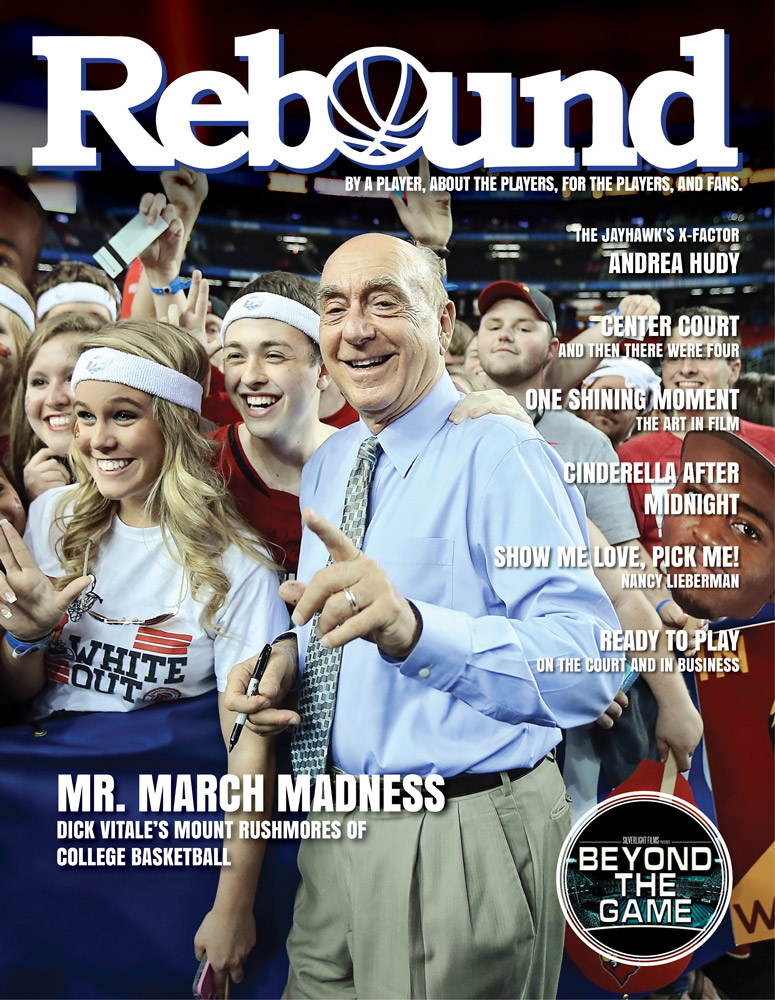 “Beyond the Game” recently entered into a unique collaboration with our film project and Rebound Magazine, previously the official magazine for the NBRPA (National Basketball Retired Players Association) for the last seven years. We distributed the first edition of this collaboration at the NBA All Star weekend in Charlotte. This special edition magazine highlighted those in the film, as well as other stories that featured subjects and the mission of the film. The magazine was such a success, we were then asked to do another for the fast approaching March Madness for men’s and women’s college basketball.

While envisioning the “Beyond the Game” special edition of Rebound Magazine to be launched during the March Madness Final Four, I was asked, however, by the team, “Who are you going to have as the cover story?” Without hesitation, I immediately thought of Dick Vitale. Not only is he college basketball’s most iconic analyst and ambassador, Dick Vitale is love and passion personified, in sports and life. He is a perfect example of the power of one in sports, utilizing his platform to make a difference in the world. Dick’s May schedule underscores just that.

While heading to his 14th annual Dick Vitale Gala to benefit The V Foundation for pediatric cancer research and having raised over 25 million dollars over the years, Dick is also being honored as the 2019 Spirit Award Winner at The Chad Tough Foundation’s 3rd Annual Champs for Change Gala and he’s the Lifetime Achievement Award Honoree at the 40th Annual Sports Emmy Awards-all in the month of May! And if that’s not enough, he’s out promoting his recent book, “Dick Vitale’s Mt. Rushmores of College Basketball” with all of his proceeds going to The V Foundation.

A life of service, a legacy beyond sports, the heartbeat of college basketball- that’s Dick Vitale.
My choice and my only choice for “Mr. March Madness”.